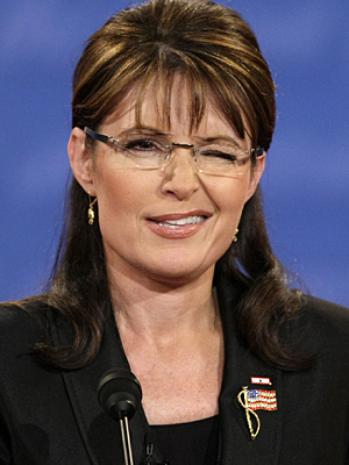 Following the passing last week of Supreme Court Justice Ruth Bader Ginsburg, Murkowski stated that she will not support Ginsburg's replacement, stating that it is too close to the election for President Trump to make a nomination.

"Palin posted a video to her Instagram account on Thursday addressed to Murkowski. In it, Palin is standing in front of her home in Alaska and says that she can "see 2022" from her house, a reference to when Murkowski is next up for reelection.

"Lisa Murkowski, this is my house," Palin begins. "I'm willing to give it up … for the greater good of this country and this great state."

Early in the her Thursday video, Palin hinted that Murkowski may face repercussions for not voting to confirm President Trump's Supreme Court nominee, expected to be announced on Saturday.

"Walk back what you have already committed yourself to. You better backtrack. You know, you have already put yourself in this box saying no matter who it is, you're not going to support the person, not until you have a chance to appoint a judicial nominee under another president instead of this one," Palin continues. "You're hoping, what, that this president doesn't win? Otherwise, you'd be cooperating with the president. Really, what it is is cooperating with the majority of Americans who know that it's now or never for America."