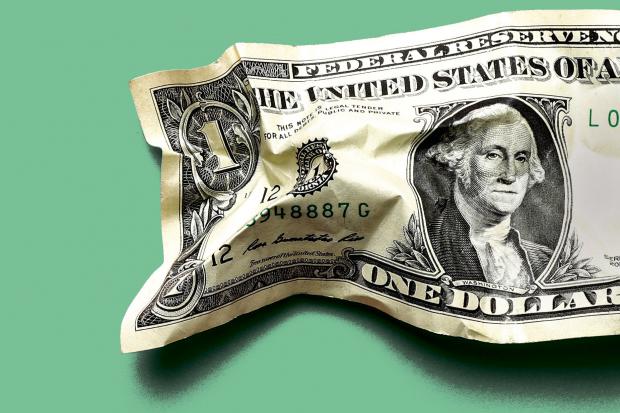 It started with equities and moved into Bitcoin which was rejected at $12,000 and promptly collapsed into support around $10,500.

Then it was oil's turn, which three weeks ago broke down below $40 Brent Crude for the first time since May.

The music finally stopped for copper, gold, silver and the euro. All of them got bushwhacked like they were old people wearing a MAGA hat in Portland this week.

All of this occurred because the U.S. dollar first stopped falling and then had the temerity to put in a weak rally. The USDX, as flawed a measure as anything coming out of pollsters or the BLS, popped off its recent lows to break out definitively above 94.

And as we finish this final full trading week of Q3 we have to ask ourselves are we setting up for another dollar whirlwind in Q4 or will the winds of political unrest keep the dollar weak as the Fed re-enters the market and make the magic money machine go Brrr…?

But given that even the Fed is finally admitting that all this QE is actually deflationary do we really think there's a real choice in this?

Because if the weekly chart didn't convince you the next dollar bull wave is in process, then let's go out in time and see what's what?