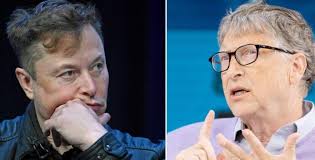 Musk said on the recent podcast that neither him, nor his children, are at risk of dying from Covid-19 and that, as a result, they would be unlikely to need the vaccine, according to RT. "I'm not at risk, neither are my kids," he said.

Musk said: "This is a no-win situation. It has diminished my faith in humanity, this whole thing… The irrationality of people in general."

He also spoke out against the global lockdowns (again), calling them a mistake and saying only the vulnerable should be in quarantine until after the virus passes. Musk had previously called the lockdowns "unethical" and "de facto house arrest".

Speaking about Bill Gates, Musk said: "Gates said something about me not knowing what I was doing. It's like, hey, knucklehead, we actually make the vaccine machines for CureVac, that company you're invested in."