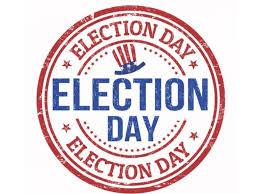 I've explained my reasons for believing the Democrats are going to win, and it only takes a small number of people working as a cadre to do it. I'd like to discuss what happens next.

At the time of the Russian Revolution, the hardcore Bolsheviks only numbered in the hundreds. That was enough to take control of a hundred million Russians and stay in power for 70 years until they totally ran the wheels off the economy.

The same thing happened with Fidel Castro in Cuba. He landed with only 50 or 60 guys, but once he took over the country, his apparatchiks were able to keep control of it.

Serious populists, socialists, Marxists, and other authoritarians can pull that off because they're completely unbound by conventional notions of morality. They sincerely believe the ends justify the means, and nothing is off the table when it comes to gaining and maintaining power. They always say they're working for the people and invariably promise lots of free stuff. The hoi polloi want to hear that during a crisis—like the one we're entering. When things get tumultuous, once they're in, it's almost impossible to get them out. Democracy—which is a sham anyway in today's world—be damned.

If the positions discussed by the twenty final contenders for their presidential nomination are any indication, the Democratic Party has been completely captured by leftists like AOC and her gang of four, who really want to change the very nature of the US. If they win, they'll be able to do so.