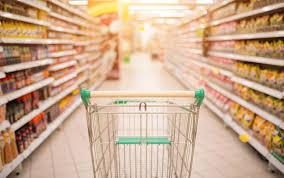 From the time I began writing those articles to now, pending food shortage claims have gone from "dangerous conspiracy theories" to mainstream news topics.

While the government began the alleged pandemic stating that there were no disruptions to the supply chain (which was patently absurd), it now openly admits there "may" be shortages of certain foods and supplies over the coming months.

The concept of food shortages has gone from theoretical to real

As governments continue to use COVID as an excuse to enable their ulterior motives, the financial stability of many will become shakier. That will cause consumer's habits to change. Shoppers will be less likely to buy luxury foods. As a result of the change in these habits, the supply itself will drastically change. And in addition to all that, producers are going to have difficulty processing and packaging foods.

The food shortages and are now being openly discussed, even in mainstream circles. For instance, Carolyn Dimitri, associate professor of nutrition and food studies at New York University, says: