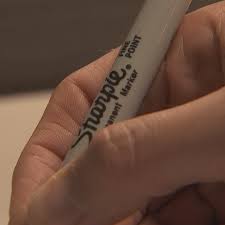 (Natural News) At this hour, vote counts are still going on in a number of states where they should have already been tabulated — but haven't been, because it's obvious Democratic operatives are working to steal them for Joe Biden.

There's no other way to say it: Democrats knew they couldn't win with Biden and never really expected to, so the plan has always been to put him in as a caretaker president with Kamala Harris waiting in the wings, then steal it from President Trump to get them both into office.

Need proof? Ask yourself how hundreds of thousands of ballots, the majority of which are for Biden, continue to show up out of nowhere long after election day has passed?

And only in states he needs to win in order to get to the necessary 270 electoral votes?

While Democrats fabricate votes in Michigan, Pennsylvania, Georgia and North Carolina, they found a different way to steal Arizona: The power of the pen, so to speak.

On Wednesday, an Arizona voter filed an explosive lawsuit alleging that poll workers effectively disenfranchised her on Election Day and may have done the same to other voters. The lawsuit comes as President Donald Trump is disputing early reports calling the state for Joe Biden.

Laurie Aguilera voted in person in Maricopa County on Election Day, but poll workers provided her with a Sharpie marker instead of a pen. Aguilera "completed her ballot with the provided sharpie [and] noticed that the ink was bleeding through." In the lawsuit, she claims that while she had voted in several election cycles before, this was the first time poll workers gave her a Sharpie to fill out her ballot.

***ARIZONA BLUE?!???***
There is NO way this State is blue!!! WHY?! THIS!!! I saw this video on Twitter and YES... I too; was given a Sharpie at my polling place in Pinal County to vote!!! I call BS!!! @dougducey @realDonaldTrump @DonaldJTrumpJr @kayleighmcenany pic.twitter.com/WPOaZHjMJg