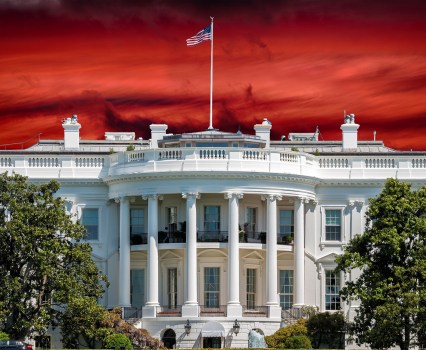 We talked, among other things, about the explosive fact that in states like VA and CA, a geographically tiny canker sore of urban density has achieved almost unassailable political control over the entire state.

For example, in my state – Virginia – 85 percent of the state, by geography, voted for the Orange Man but because of Northern Va and Richmond, which are hives of government workers (which means government-lovers)  the state fell to the Hair Plugged Man.

The people no longer have a voice.

Because some people control the state.

What happens when the people of a state are disfranchised? When they come to know that their vote doesn't matter? Is it equitable that a geographically and proportionately tiny part of a state dictates to the rest of the state?

1 Comments in Response to When Your Vote Doesn't Matter

Seems to me that there are only two ways that your vote counts for anything. 1) When it influences those who decide who becomes a delegate to the Electoral College. 2) When it influences delegates to the electoral College to vote this way or that. --- Your real vote that counts, is when you take any law or governmental process to court in jury trial, to get it repealed or changed with regard to yourself. The second vote that counts is when you influence many people to do the same, so that laws and governmental processes are changed in and by government people, in government itself.