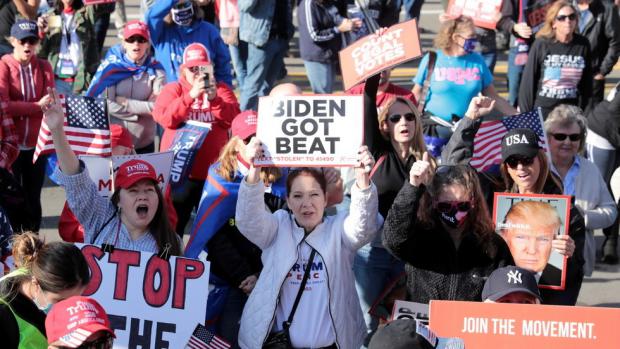 The problem was corrected but there's a concern about other counties that used it.

The Republican Party of Michigan held a press conference Friday afternoon and revealed six thousand Republican votes were calculated for Democrats after a software glitch. That software was used in dozens of counties around the state.

"In Antrim County, ballots were counted for Democrats that were meant for Republicans, causing a 6000 vote swing against our candidates. The county clerk came forward and said, 'tabulating software glitched and caused a miscalculation of the votes.' Since then, we have now discovered that 47 counties used this same software in the same capacity," Michigan GOP Chairwoman Laura Cox said.

Meanwhile, RNC Chairwoman Ronna McDaniel told Fox News there are serious voting irregularities in Michigan and said Democrats are refusing to be transparent about the process.

In a new statement, President Donald Trump says he will not stop fighting to reach a fair and transparent conclusion for the presidential election because he ants to ensure the election system is free of fraud. His statement comes as further votes in Georgia and Pennsylvania have given Biden a lead but Trump supporters are concerned about potential fraud and illegal ballots.