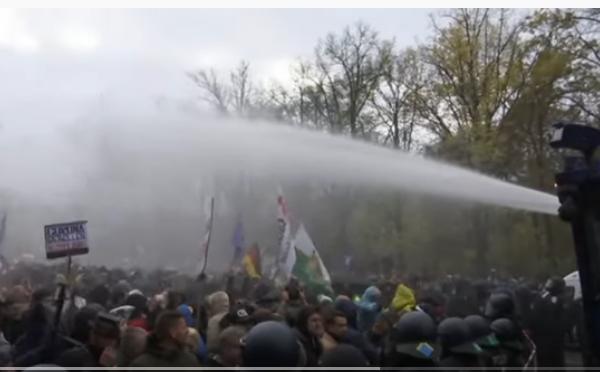 The public has been markedly less co-operative this time around. Rebelling against the seemingly arbitrary limitations which are not supported by either science or common sense. Protests have taken place all across the continent.

Thousands of people gathered in Berlin over the last few days, protesting the Merkel government passing a new lockdown law. Police turned water cannons on the crowds, and nearly 200 people were arrested.

The mainstream reported "hundreds" of protesters, but as pictures plainly show it was more like tens of thousands:

"Thanks for the picture Majd Abboud, not hundreds, not thousand, but ten's of thousands protested in Berlin today and it's only the beginning of something big…" Sonja Van

After the Prime Minister of Spain Pedro Sanchez declared a sixth-month state of emergency in late October, there were days of protests across the country.

Barcelona, already a hot-bed of anti-government feeling due to the brutal repression of the Catalan Independence referendum, saw violent confrontations between riot police and protestors