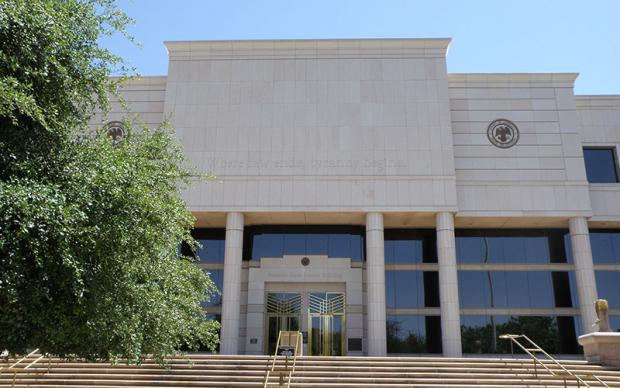 Earlier this week, the state's high court agreed to review Ward's election integrity challenge following Maricopa County Superior Court Judge Steven Warner dismissing the suit. He concluded that Ward had "not proven that the Biden/Harris ticket did not receive the highest number of votes."

The state GOP chair had requested to review duplicate ballots in addition to the 1,626 duplicated ballot sample that had already been completed. The sample found that Trump had lost seven votes in Maricopa County due to errors, with nine errors in total.

"We're filing those papers today, so hopefully we're going to see some more action there because we are asking to look at the 28,000 duplicated ballots that are in Maricopa County alone, as well as all of the digitally adjudicated ballots," Ward said on Monday, estimating that there were "100,000 ballots that could be affected" statewide.

The high court said Ward "offered no evidence" to show that the sample was inadequate or that there was any widespread fraud that could be proven with more samples. The Supreme Court said even if the error rate stayed the same for all 27,869 duplicate ballots, there would only be 153 votes with errors, which would not be enough to call the election results into questions.