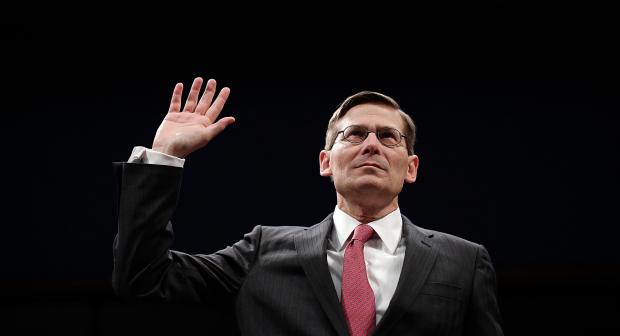 Former CIA Deputy Director Michael Morell, who is reportedly on Biden's short list for CIA director, shares that non-veteran status, one of the reasons along with other skeletons from Morell's past that make him singularly unfit to lead the CIA.

During my 27 years at the CIA, I worked under nine CIA directors — three of them (Stan Turner, Bill Colby, and George H.W. Bush) at close remove — and served in all four of the agency's main directorates.

Having closely followed the past-two-decade corruption of my profession — in particular, what the chair of the Senate Intelligence Committee called the "uncorroborated, contradicted, or even non-existent" intelligence manufactured to "justify" the attack on Iraq, I have on occasion offered an suggestions for remediation, particularly during transition periods like this one. (Links to five such efforts in the past appear below.)

Decades of unfortunate experience show that over-dependence on bright, but inexperienced "best and brightest" can spell disaster. War gaming and theorizing at Princeton and Johns Hopkins have yielded knights with benightedly naive, politics-drenched decisions that get U.S. troops killed for no good reason.

Even if Gen. Lloyd Austin is confirmed as secretary of defense, the whippersnappers already appointed by Joe Biden will probably be able to outmaneuver the general and promote half-baked policies and operations bereft of needed military input — not to mention common sense from the likes of Gen. Austin who knows something of war.