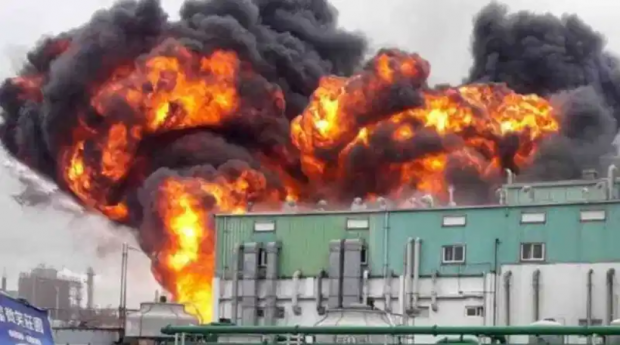 Machinery parts seen in a carpark near the factory after an explosion.

An explosion at a pharmaceutical factory in Taoyuan City left two injured and caused a fire early this afternoon, December 20.

Firefighters responding to the fire found two people injured. A 30-year-old foreign migrant worker suffered third-degree burns to 80%-90% of his body, and is described as being in a critical condition.

A 40-year-old man suffered a burn to one hand. Both men were sent to Chang Gung Memorial Hospital for treatment.

While the factory is located close to Taipei Taoyuan International Airport, operations at the airport were not affected, according to reports in United Daily News and ET Today.

The Taoyuan City Fire Department dispatched 76 personnel, 28 fire appliances and 2 ambulances to the scene of the fire.

The cause of the explosion is currently under investigation.

In Peru, Ivermectin cut covid deaths by 75% in 6 weeks: cheap, safe and quite ignored

Information on Ivermectin - cure for Covid?