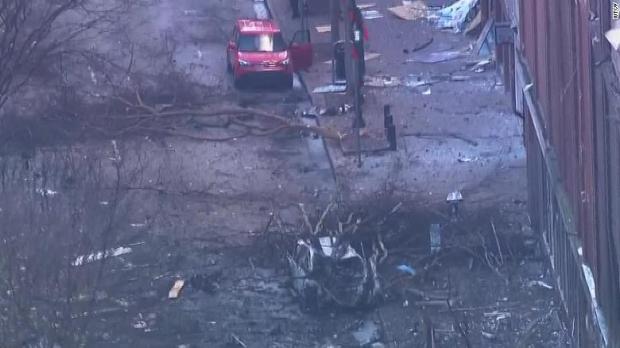 No known suspects nor motive have been announced behind a bomb that detonated inside a parked RV on Nashville's historic Second Avenue near Lower Broadway.

Police have found what they believe are human remains but had not confirmed any fatalities.

Cooper, at the last update for the evening, said the relief that not more people were injured has now turned to anger and determination to bring those responsible to justice.

"This was a terrible day, but Nashville has faced other challenges, particularly this year. We can rebuild and get back to normal," he said. "This morning's attack on our community was intended to create chaos and fear in this season of peace and hope, but the spirit of our city cannot be broken."

Authorities say the explosion was deliberate and intentional.

Police came across a suspicious RV parked outside a nearby AT&T building near Second Avenue and Commerce Street before 6 a.m. when responding to calls of shots fired in the area, according to Metro police spokesperson Don Aaron.

There was no evidence of any shooting, but officers and witnesses heard a broadcast coming from the RV giving a dire warning: "Evacuate now. There is a bomb. A bomb is in this vehicle and will explode."

Then, the voice started a 15-minute countdown.

Metro Police Chief John Drake said the six officers at the scene quickly began to evacuate the area, going door-to-door. They redirected a man walking his dog along the street.