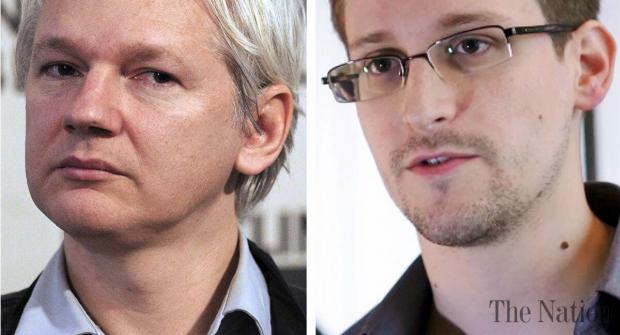 Assange, of course, is getting the worst of it, given the brutal conditions under which U.S. and British officials have incarcerated him in England. But it still can't be a bundle of joy for Snowden to be living in Russia, given the societal jail-like environment that comes with living under the Russian regime.

Consider Trump's pardons of two former Border Patrol agents, Ignacio Ramos and Jose Campean. They were chasing an undocumented immigrant who was fleeing back to Mexico. The best account of what happened was detailed in a Texas Monthly article entitled "Badges of Dishonor."

When the immigrant, Osvaldo Aldrete-Davila, held his hands up and tried to surrender, Campean swung at him with the butt of his gun. Aldrete-Davila then ran and both agents began firing at him. A bullet hit him in the buttock but he was able to make it back to Mexico.

The two agents then did their best to cover up their actions. They retrieved their shell casings and threw them into a ditch. When later investigated, they said that they had seen a shiny object in the victim's hand and thought it was a gun. In their later criminal prosecution for assault, a federal jury concluded they were lying and convicted them.