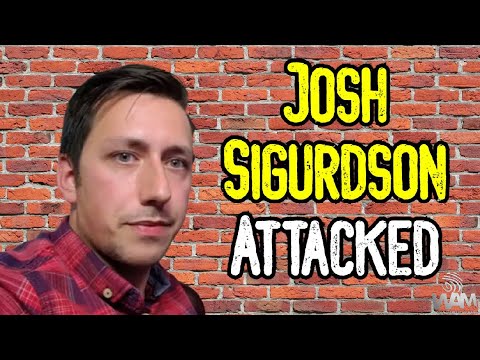 Josh Sigurdson talks with Tim Picciott about the attempted attack in Peoria, Arizona due to a complete crazy person stalking Josh, attempting to pay people to attack him.

A man by the name of Robert E. Lee (yes really) flipped a switch with multiple witnesses present and begun threatening to "eat" Josh a few nights ago. Nothing was done to encourage this guy to go crazy.

He then allegedly begun sitting, waiting at the neighborhood bar/restaurant for Josh to appear, night after night.

He told every person in the bar including the bartenders that Josh was a pedophile in order to get people on his side. He visually stood and stared at Josh before another complete crazy person randomly approached Josh and began trying to punch him in the face. Josh did a drop roll, kicked him in the chest but caught one punch to the face. Tim Picciott then tackled him and both showed restraint as the crazy person was picking up tables and chairs and throwing them at the two of them.

The guy was booted out only to eventually come back an hour later, crash his truck into a wall drunk and then drive off.

We will make the footage of this attack public when we can.