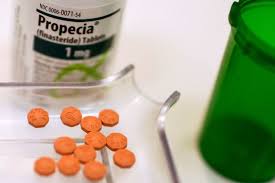 By Dan Levine and Chad Terhune

(Reuters) - Newly unsealed court documents and other records show that Merck & Co and U.S. regulators knew about reports of suicidal behavior in men taking the company's anti-baldness treatment Propecia when they decided not to warn consumers of those potential risks in a 2011 update of the popular drug's label.

Internal records from Merck were made public in late January, when a federal magistrate in Brooklyn, New York, granted a 2019 Reuters motion to unseal 11 documents filed in years of litigation alleging Propecia caused persistent sexual dysfunction and other harmful side effects.

Since the 2011 decision on the warning, the FDA has received more than 700 reports of suicide and suicidal thoughts among people taking Propecia or generic versions of the drug. Those included at least 100 deaths. Before that, in the first 14 years the drug was on the market, the agency received 34 such reports, including 10 deaths.

Annual U.S. prescriptions of finasteride, as the drug is known, for hair loss increased to over 2.4 million in 2020, more than double the number in 2015, according to health data company IQVIA.

The Mark Of The Beast Runs Through The Church

They were WRONG all along...