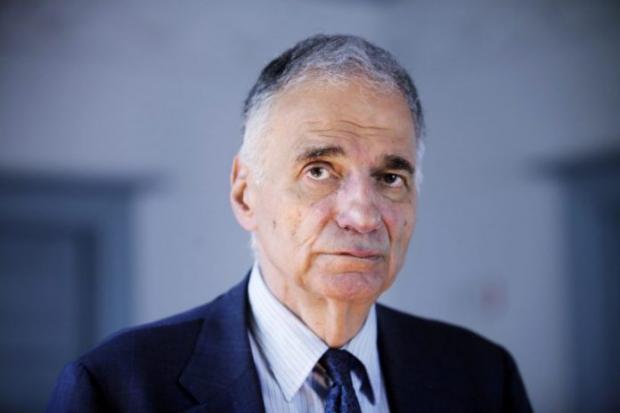 Evidence that only the good die young is the fact that Ralph Nader is still alive. The 86-year-old "consumer safety advocate" who advocates for what he thinks "consumers" (ugly term, suggestive of hogs at the trough, eating what they're given – as opposed to customers) should be forced to accept – and pay for – wants to force them to accept and pay for more.

Under Biden, the "era of weak regulation" must end.

Old Ralph is champing at the bit – assuming he has any teeth left to champ at the bit – for "legislatively mandated safety advances" and for much more taxpayer money to be taken and used to finance the operations of the National Highway Traffic Safety Administration (NHTSA) which is the federal apparat that "mandates" – i.e., issues decrees – regarding your "safety" and how much you'll be made to pay for it.

"Imagine the benefits of safer vehicles," he says – saying nothing about the cost-benefit of such vehicles and forget about your being the one to make the valuation. Nor does he specify what "safer" means – so I will translate. It means cars with driver-pre-empting technology such as Speed Limit Assist – that's not a made-up term; several new cars already have this form of "assistance" – which "assists" you by cutting engine power or applying the brakes if you exceed the posted speed limit, however absurdly low – because guys like Nader equate failure to obey the speed limit as "unsafe" regardless of circumstances.

Try to imagine that.