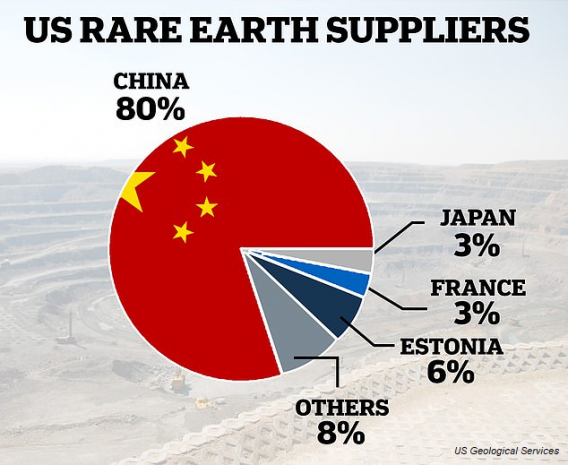 Doug Casey: Obscure elements seem to come into public view every few decades, typically during a commodity bull market. I remember the so-called "strategic metals" boom, back in the early 1980s, when everybody went wild about cobalt and tantalum, among other elements. I remember there was a well-known broker in New York who was actually selling 55-gallon drums full of cadmium to naïve clients. There are probably, even now, some poor people with the stuff stored in their garages.

This is a cyclical phenomenon, not unlike what's happening with stocks like GameStop. It's mostly a consequence of too much money being printed and lots of it looking for a place to hide.

Now it's the turn of rare-earth elements. Many readers will recall them from chemistry class. More technically, most of them are also known as lanthanides, in their own row at the bottom of the periodic table. They're actually not all that rare. Fun fact: Cerium is more common than copper in the earth's crust. That is indicative of the problem. REEs are generally widely dispersed, but there are relatively few places where deposits are concentrated enough to be considered ore.

Economic deposits of REEs may be somewhat hard to find, but there are scores of known REE resources, not counting the millions of tons of electronic junk that can be recycled for them. But the lack of minable reserves is solvable with higher REE prices. There are also problems in mining, concentrating, and refining that are peculiar to REEs. Mining anything can be messy, of course, but REE's chemical characteristics make them more of a problem than many minerals. Although, this is nothing that can't be solved with inputs of capital and technology.