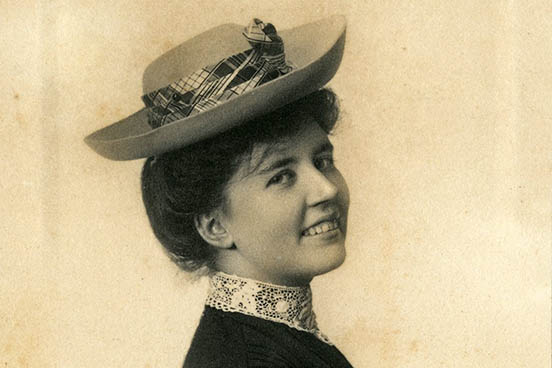 In 1943, as collectivist policies were ascendant, an extraordinary thing happened. Three women published three books that year that would jolt Americans from their socialist stupor and remind them of the fundamental American values of individual liberty, limited government, free-market capitalism, and entrepreneurship. This Women's History Month is an ideal time to reflect on how Rose Wilder Lane, Isabel Paterson, and Ayn Rand helped to catalyze the 20th century libertarian movement.

The "Libertarians of '43," as Paterson biographer Stephen Cox dubbed these women, were outspoken advocates of American individualism and human ingenuity, and vocal critics of socialist ideology and big government policies. Cox explains that "women were more important to the creation of the libertarian movement than they were to the creation of any political movement not strictly focused on women's rights." The work of these three women continues to inspire a new generation of libertarian writers today, with their message more urgent than ever.

The daughter of Laura Ingalls Wilder and Almanzo Wilder, Rose Wilder Lane is "Baby Rose" who many of us remember from the ninth book in the Little House on the Prairie series, The First Four Years. Born in 1886 in Dakota Territory, her years of growing up on the prairie likely instilled in Lane a sense of rugged individualism and self-reliance that ultimately found their way into her writings throughout the 20th century. Initially sympathetic to the ideas of socialism during World War I, she became one of its fiercest opponents after visiting the Soviet Union and parts of Europe with the American Red Cross and witnessing widespread corruption and the eradication of personal freedom. When she returned to the US, she wrote widely, publishing books and writing articles for outlets such as Good Housekeeping, McCall's, Ladies' Home Journal, Harper's, and the Saturday Evening Post.