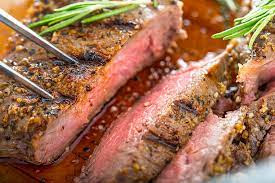 The secular-puritan nut jobs, who can't leave any joys of the world alone, are now escalating their attacks on meat and with it, virtue signaling has entered a bizarre new phase.

Epicurious is, according to The New York Times, "the popular online recipe bank where home cooks have gone to hone their skills for a quarter of a century."

The editors there revealed to readers this week that not only were they done with new recipes containing beef, but they had been phasing them out for over a year, reports the Times.

"We know that some people might assume that this decision signals some sort of vendetta against cows — or the people who eat them," Maggie Hoffman, a senior editor, and David Tamarkin, a former digital director, wrote in an article published on Monday. "But this decision was not made because we hate hamburgers (we don't!)."