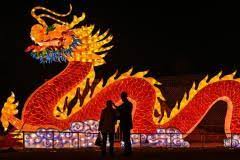 Afghan looters were soon seen scavenging inside the base.

The long retreat of the American Empire is underway, and this longest war is likely to end in bloody retribution for the Afghans who sided with us against the Taliban and are left behind.

When the last American departed Bagram, The Wall Street Journal reported that the U.S. is making plans for "an emergency evacuation of the American embassy in Kabul amid concern that a worsening security situation in Afghanistan could imperil the remaining military and diplomatic corps."

Apparently, we are preparing for a possible Saigon '75 finish to the war launched by George W. Bush 20 years ago. Pressed by reporters on the grim situation in Afghanistan, President Joe Biden did not want to reflect on or talk about what might be coming.

"I want to talk about happy things, man," Biden told reporters. "Look, it's Fourth of July … it's the holiday weekend. I'm going to celebrate it. There's great things happening."