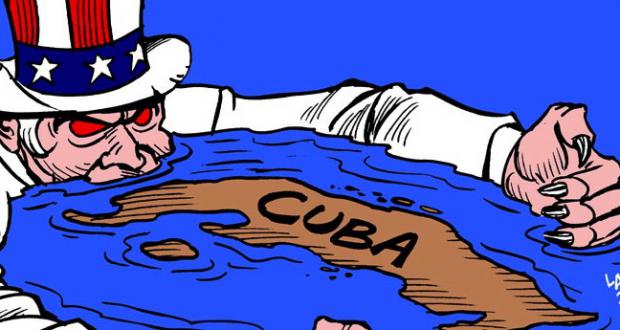 The Cuban government, on the other hand, and its leftwing supporters here in the United States are pointing to the U.S. embargo as the root cause of the suffering.

Actually, they are both right.

Socialism is a dismal, failed, deadly, and destructive economic system that brings impoverishment and tyranny with it. Just ask the people of North Korea and Venezuela.

By the same token, economic embargoes inflict massive economic suffering on the people of a targeted nation. Just ask the people of Iraq, who lost hundreds of thousands of children to U.S. sanctions in the 1990s.

The protests in Cuba provided President Biden with the opportunity to exclaim that he stands with the protestors and the Cuban people. That's pure nonsense. The entire point of the U.S. embargo is to knowingly, intentionally, and deliberately bring death and suffering to the Cuban people. That's been its intent from the beginning. The idea has been to inflict so much death and suffering on the Cuban people that they rise up and oust Cuba's communist regime from power and re-install a pro-U.S. dictatorship in its stead.

Thus, the dark irony of the Cuban protests is that they will actually encourage U.S. interventionists, especially those in the Pentagon and the CIA, to maintain and strengthen their embargo, in the hope that the economic situation will become even worse, thereby encouraging more protests.