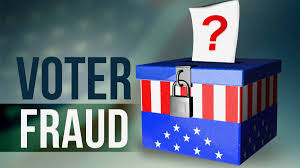 According to my sources, several weeks ago, in offices around the federal government, language began to be used such as has never been used in history. Language such as, "When we come back from Labor Day we are going to start going after Conservative groups" (not "extremists" or "White Nationalists", but "Conservative groups"). Word also reaches me of discontent and "near civil war conditions" in some nooks and crannies of your esteemed offices. I write with the hope of pouring oil on troubled water.

My political leanings are known. Like Milton Friedman, I define myself as a small "l" libertarian small "r" republican (and have no love for the Republicans). Given this, it might be assumed by some that I am antagonistic towards federal employees. Yes there are individuals at certain commissions with whom I have had friction, but my mentor General Jack Vessey once told me, "Federal employees don't go in every day wanting to do a bad job. It's their leadership." You folks would be shocked to know how over the years I have generally spoken of you so highly as a class, telling people how pleased and surprised I had been with the quality of people who have become federal employees whom I have met (even across deposition tables).  I sometimes sense an insecurity in lifelong federal employees, as though they wonder how they would fare in the private market. Be assured (and the public should know) that the popular conception is misguided, and that in federal employment one generally encounters a higher octane of individual than one comes across in corporate America. "About 1 in 20 are duds," is how I have often described it, "versus 1 in 5 one meets in corporate America."