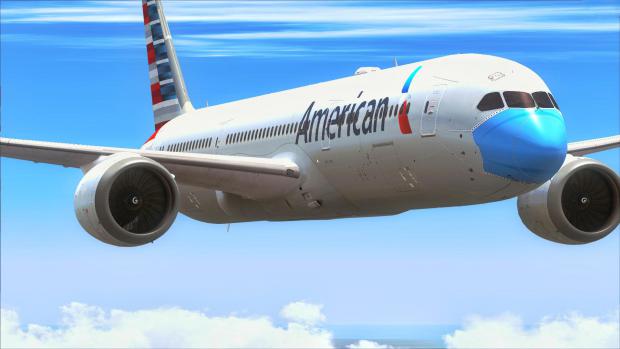 A mother alleges she was kicked off an American Airlines flight because her 2-year-old son was suffering an asthma attack, and was unable to wear a mask.

Amanda Pendarvis was on American Airlines Flight 1284 from Dallas Fort Worth to Colorado Springs Monday with her mother, and toddler son Waylon, when she says a flight attendant, whose name she said was Carl, told her Waylon needed to wear a mask.

Pendarvis, from Oklahoma, described Carl as 'truly evil,' and 'power-tripping' in her Instagram story where she chronicled the ordeal, which she said was 'humiliating/traumatizing.'

After attempting unsuccessfully to make Waylon put on a face covering, Pendarvis said crew turned the plane around, and that she was escorted off by police officers.

'Way is asthmatic. We showed him a negative Covid test Way had yesterday. Told him he has asthma & has never worn [sic] a mask before,' she wrote of Carl on Instagram. 'He did not care that this asthmatic child was literally hyperventilating.'

Photos and video on Pendarvis' Instagram story show her placing a mask over the crying child's face, and administering asthma medicine while onboard the flight.

Later, she is seen waiting in the plane's jet bridge as Waylon, calmer now, walks around with stuffed animal as airport police stand nearby.

'Huge problem': Passengers are bringing a record number of guns to the airport, TSA says

Man who was pinned to ground as a terrorist at LaGuardia was held after fellow flyer mistook...

Buckle Up! Southwest is just the Beginning...