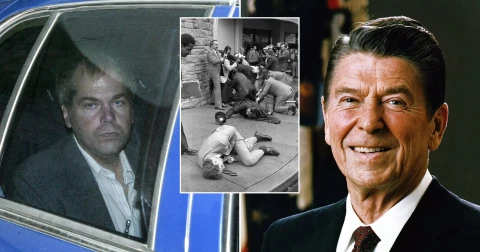 A federal judge has approved the unconditional release next year of John Hinckley Jr., who wounded late President Ronald Reagan and three others outside a Washington, D.C., hotel in a failed assassination attempt in 1981.

Hinckley is now 66 years old, and has been living outside a mental health facility for the past several years, a result of a gradual lightening of supervision. His lawyer said the "momentous event" of Hinckley's full release in June 2022 is both appropriate and required by the law.

"There is no evidence of danger whatsoever," said Barry Wm. Levine, adding that Hinckley has an "excellent" prognosis.

Prosecutor Kacie Weston said the Justice Department agreed to a settlement but wanted to monitor Hinckley for the next nine months because of two big changes in his life: he's living on his own for the first time in about 40 years, and because one of his primary doctors is preparing for retirement and disbanding Hinckley's therapy group. DOJ said it would file a motion with the court before June of next year if it had fresh concerns about Hinckley.

Digging Further Into the Question "Is Taxing Unrealized Gains Constitutional?"

Biden Administration Will Rally AGAINST The 2A in Supreme Court Case

Dr. Bryan Ardis Follows The Money to Reveal Why Hospitals Are Killing Their Covid Patients

We Accidentally Solved the Flu. Now What?

Spiritual People THEN vs NOW