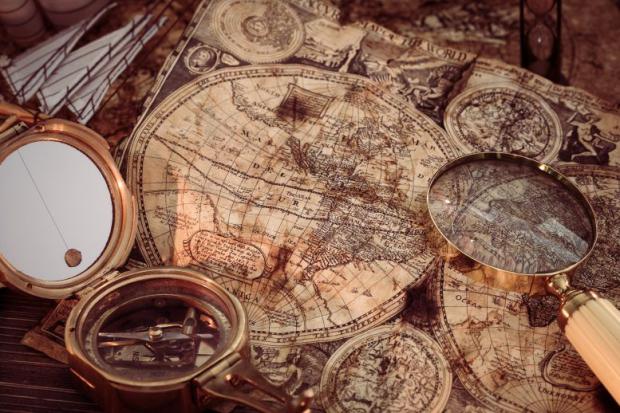 A reference to Genoan sailors knowing of a land west from Greenland 'where giants live' has been uncovered in the writings of a 14th-century Milanese friar.

Italian academics came across the passage while studying the Cronica Universalis - written by Galvaneus Flamma around 1340 - for the first time.

Referring to 'Markland', meaning Forestland, the Dominican friar writes: 'In this land, there are buildings with such huge slabs of stone that nobody could build with them, except huge giants.

'There are also green trees, animals and a great quantity of birds. However, no sailor was ever able to know anything for sure about this land or about its features.'

The text provides evidence that reports of the American continent were circulating in the Mediterranean region before Columbus's discovery, say researchers.

Paolo Chiesa, who led the research at the University of Milan, told The Times: 'This astonishing find is the first known report to circulate in the Mediterranean of the American continent, and if Columbus was aware of what these sailors knew it might have helped convince him make his voyage.'

The professor of Medieval Latin Literature added: 'Nordic legends describe the trips, but until now there has been no evidence that word of this land spread to the Mediterranean.'

It is preserved in a single manuscript held by a private owner and remains unpublished, although an edition is planned.