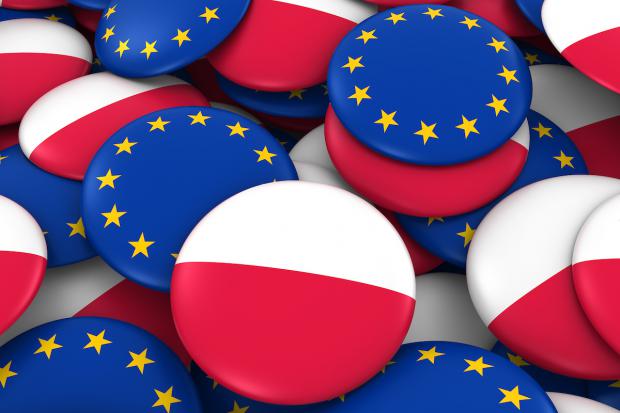 Arriving at a summit of the 27-member bloc, Morawiecki said that Poland "was as faithful to the rule of law as others and as the EU institutions are." He added,

"Some EU institutions assume the right to decide on issues to which they have not been entitled to decide. They assume competencies which have not been handed over to them in the treaties."

Morawiecki said that EU laws maintain supremacy over national laws on matters transferred to the EU. "We don't agree to the constantly broadening range of competencies but we will, of course, talk about it."

On Oct. 7, Poland's Constitutional Tribunal ruled that some elements of EU law were incompatible with the country's constitution. This ruling, criticized by Brussels, essentially gave national law primacy over that of the EU.

"It has to be clear: You are a member of a club, you have to abide by the rules of the club. And the most important rule of the club is that the European law is over national law," the EU's top diplomat, Josep Borrell, told Reuters.

Since the nationalist Law and Justice (PiS) party took over power in 2015, the ideological conflicts have incrementally increased.

European Parliament President David Sassoli said the Polish tribunal's ruling challenged "the legal bedrock of our Union," and that, "never before has the Union been called into question so radically."