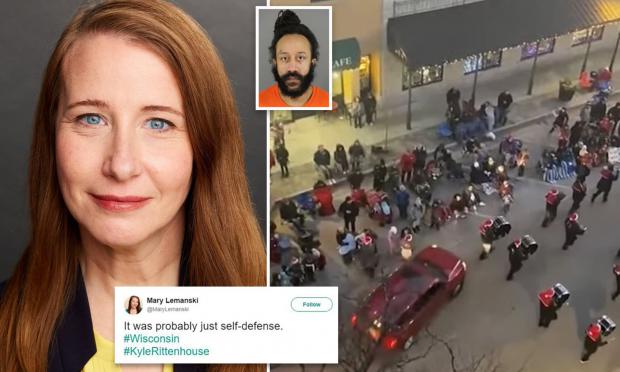 A former official with the DuPage County Democratic Party in Illinois has come under fire for callous comments suggesting that Sunday night's mass murder at a Wisconsin Christmas parade was "karma" for the acquittal of Kyle Rittenhouse, according to Fox News.

Mary Lemanski, who was listed as the social media director for the Democratic Party chapter as of this morning, and whose name was removed minutes ago, mocked the Waukesha parade massacre that left at least five dead and 40 injured as "probably just self-defense," and "karma" following the verdict in Kenosha.

Lemanski also describes herself as an acting student with the famed Second City comedy group.

"Living in Wisconsin, he probably felt threatened," read another post attributed to Lemanski, referring to the SUV driver in the Waukesha case. -Fox News

Lemanski - who also lists herself as an acting student with the Second City comedy group - didn't stop there, tweeting that "The blood of Kyle Rittenhouse's victims is on the hands of Wisconsin citizens," adding "even the children."

In a now-deleted tweet, Lemanski wrote "I'm sad," adding "I'm sad anytime anyone dies. I just believe in Karma and this came around quick on the citizens of Wisconsin."

"You reap what you sow, Wisconsin," she added in a subsequent tweet.

When she was called out for being a "scumbag," Lemanski replied. "It's sad people died, but when you open the door to vigilante justice, everyone seems threatening."