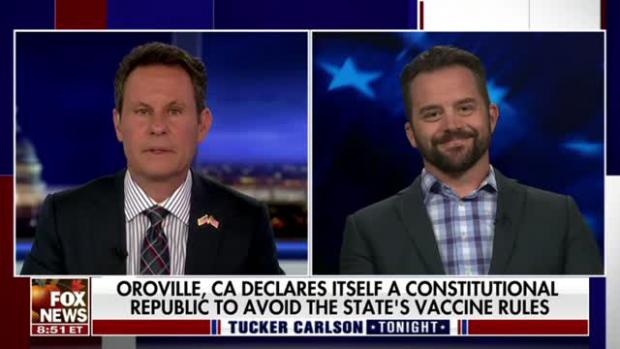 A town in California has declared itself a "constitutional republic," independent of executive orders issued by the federal or state governments, in protest of lockdowns, mask mandates and compulsory vaccinations.

Appearing on Fox News, Oroville California's vice-mayor Scott Thomson outlined the move, noting "I was sitting at City Hall, and the mandates continue to come. As you know it started with 'two weeks to stop the—slow the curve,' and it just seems like a carrot keeps being dangled in front of our faces of just a little more… and it seems like every mandate that comes down, it is a loss of freedom."

Thomson compared Oroville's move to that of San Francisco declaring itself a 'sanctuary city'.

'Lesser magistrates' protecting citizens from government overreach is a key way to fight back. More of this, please! pic.twitter.com/jOhg8p0YGf