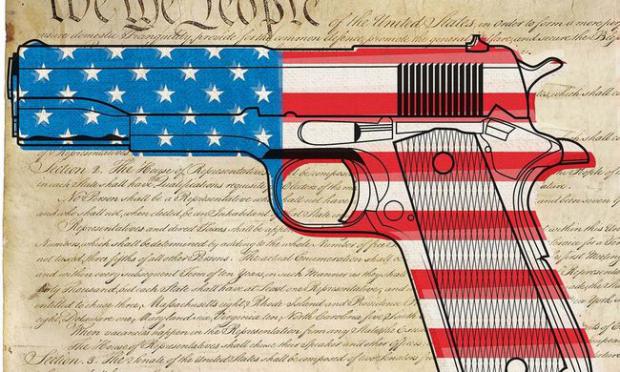 Three men ambushed the teen as he provided security, fire-fighting services, clean-up, and first aid during the riots that ravaged the city for over a week. One of the attackers was armed with a handgun, another attempted to bash Rittenhouse's skull with a skateboard, and a third tried to wrestle the rifle from his hands. All three were shot, two fatally. No innocent bystanders were injured.

This should have been a classic self-defense case; Rittenhouse should have been hailed as a hero, a model for others to follow in times of crisis. Instead, the anti-gun, anti-freedom, and anti–self-defense hysterics have come out in large numbers to denounce the verdict and the Second Amendment.

Adding to the din is perennial candidate and consistent political failure Robert Francis "Beto" O'Rourke, who used the incident to renew his call for a ban on semi-automatic rifles and bolster his chances in the Texas Democratic Party gubernatorial primary. In an interview with CNN, he claimed,

This entire tragedy makes the case that we should not allow our fellow Americans to own and     use weapons that were originally designed for battlefield use. That AR-15, that AK-47, has one     single, solitary purpose, and that is killing people as effectively, as effectively, and in as great a     number in as little time as possible.

O'Rourke's pithy statement reveals that he, like too many others, simply doesn't understand the basic precepts of our Constitution and Bill of Rights. At the foundation of a free society is the core principle that individual citizens have rights that government exists to protect. "We" don't "allow our fellow Americans" to do anything; they exercise their rights to life, liberty, property, and the pursuit of happiness regardless of how much it may upset presumptuous, would-be tyrants.