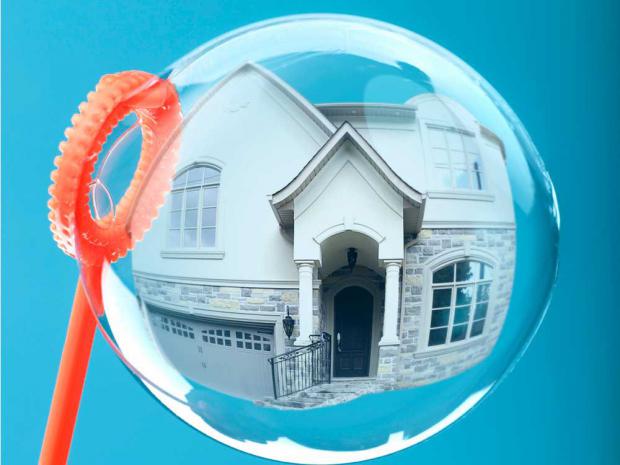 The epic housing bubble and bust in the mid-to-late-2000s was dreadfully disruptive for many Americans.  Some never recovered.  Now the central planners have done it again…

Here in the Los Angeles Basin, for example, things are so out of whack you have to be rich to afford a 1,200 square foot fixer upper in a modest area.  Yet the clever fellows in Washington have just the solution.

Massive house price inflation has prompted the FHFA, and the government sponsored enterprises (GSEs) it regulates, Fannie Mae and Freddie Mac, to jack up the limits of government backed loans to nearly a million bucks in some areas.

If you recall, ultra-low interest rates courtesy of the Federal Reserve following the dot com bubble and bust provided the initial gas for the 2000s housing bubble.  However, the housing bubble was really inflated by Fannie Mae and Freddie Mac.  The GSEs relaxed lending standards and, thus, funneled a seemingly endless supply of credit to the mortgage market.

The stated objective of these GSEs was to make housing affordable for Americans.  But their efforts did the exact opposite.

The GSEs puffed up the housing bubble to a place where average Americans had no hope of ever being able to afford a place of their own.  Then, when the pool of suckers dried up, about the time rampant fraud and abuse cracked the credit market, people got destroyed.