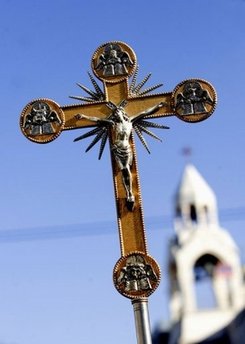 Most Americans feel that the influence of religion is waning in the US, according to a recent poll.

The Gallup organization found that seven in ten Americans think religion is losing influence, one of the highest responses in the 53-year history of the poll.

The survey found that only 25 percent of Americans believe that religion is gaining influence, while an additional two percent see it as unchanged.

Fireside Chat Ep. 251 -- Secularism: The Age of the Absurd

Letters to the Editor • Robots and Artificial Intelligence

Mysterious Antennas Are Appearing in Utah's Hills and Officials Are Stumped