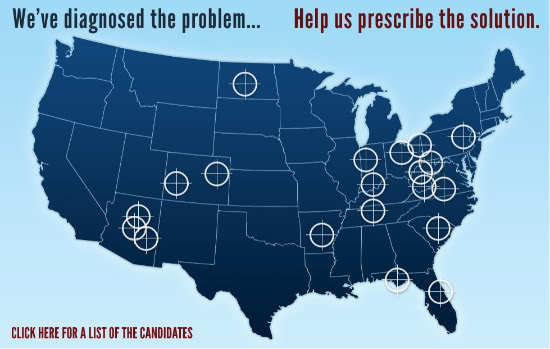 Giffords had been named as a political campaign target for conservatives in November's elections by former Alaskan governor Sarah Palin for her strong support of Obama's reforms. Palin had published a "target map" on her website using images of gun sights to identify 20 House Democrats, including Giffords, for backing the new health care law. At an event in 2009 which was similar to the one Giffords was holding today, a protester was removed by police when his pistol fell to the supermarket floor.

The country is full of loons. Those are not gunsights; they are common surveyor's location points.