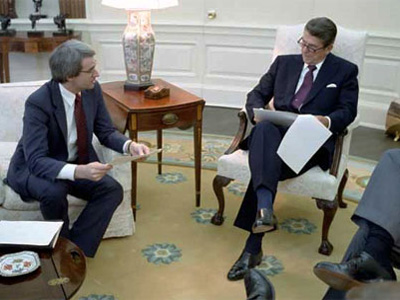 Republicans, who were elected to a majority in the House of Representatives on promises to cut government spending, promised to cut $100 billion from the budget in their first year. Relatively few have proposed significant decreases in defense spending, and GOP leadership has outright dismissed the possibility.

There Are Very Strange Things Going On at Goldman Sachs