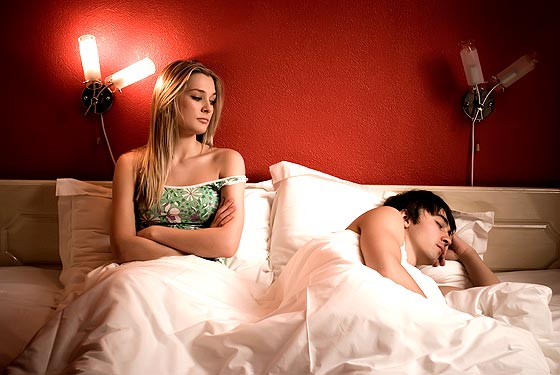 Pot Use May Mellow Out Men's Sexual Function
Stephanie Pappas, Livescience Senior Writer
livescience.com
Marijuana users sometimes report that pot enhances their desire for sex. But a new review of research on marijuana and sexual health suggests that male smokers could be courting sexual dysfunction.

Research on the topic is contradictory and few studies are high-quality, said study researcher Rany Shamloul, a physician with appointments at the University of Ottawa and Queen's University in Canada as well as the University of Cairo. But recent research – including the finding that the penis contains receptors for marijuana's active ingredient  – suggests that young men may want to think about long-term effects before rolling a joint, Shamloul told LiveScience.

"It's a strong message to our younger generations and younger men," Shamloul said.

Shamloul reported his findings online Jan. 26 in the Journal of Sexual Medicine.

Scientists first began to study marijuana and sex in the 1970s. Some researchers found that cannabis seemed to have the effect of a love drug; in one 1982 study published in the Journal of Psychoactive Drugs, 75 percent of male pot smokers said the drug enhanced their sex lives. Meanwhile, another study published in the same journal the same year found that erectile dysfunction was twice as common in marijuana users – not such good news for lit lotharios. Other research suggests a dose effect, in which small amounts of marijuana have little impact on sexual dysfunction, but more marijuana makes for fewer erections.

But problems are rife with this research, Shamloul said, because none of the studies used validated measurement techniques when surveying men about their sexual function. The different questions used could skew the responses, as could the drug itself, he noted in the review. The 39 percent of men in the original 1982 study who said marijuana extended the duration of sex may just have been experiencing the drug's altering effects on the perception of time.

What most concerns Shamloul is a study published in 2010 in the journal European Urology. In that study, researchers found receptors for tetrahydrocannabinol (THC), the active ingredient in marijuana, in penis tissue from five male patients and six rhesus monkeys. These receptors were mainly in the smooth muscle of the penis, Shamloul said. Additional lab studies suggest that THC has an inhibitory effect on the muscle.

"This is a more serious effect on the erectile function because the smooth muscle makes up 70 percent to 80 percent of the penis itself," Shamloul said.