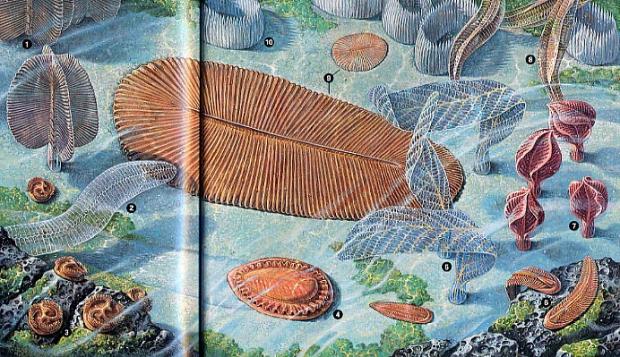 These fossils were discovered in the black shale of what is called the Lantian Formation in China, and they date back to the first part of the Ediacaran Period, the time when life became big, or at least visible to the naked eye.

"Animals in the Ediacaran Period are almost universally bizarre, and it is very difficult to place them in any modern animal phyla," Xiao told LiveScience. "They may be precursors to modern animals or offshoots of modern animals that don’t have any direct descendants."

Classification should be under "paleontology" not "archeology" as the first two  items you have listed under "Additional related items..."

Milk may have fuelled a growth spurt in ancient Europeans

Enigmatic cult of the Long Skulls

Who Invented the Alphabet?

A long-lost branch of the Nile helped in building Egypt's pyramids ?" Scientists Say

Is There a Numerological Message Hidden in the Sumerian Kings List?

Research Finally Answers What Bronze Age Daggers Were Used For

Discovery Sheds Light On Why The Pacific Islands Were Colonized