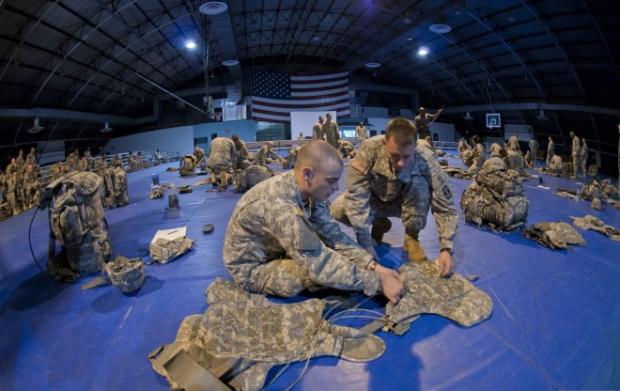 Building parts for Patriot missile systems was just a warm-up, apparently, for a government-owned company that relies on federal inmates making as little as 23 cents an hour. On Wednesday, the U.S. Army announced that it handed Federal Prison Industries a no-bid, nearly $20 million contract to build body armor.

It’s the latest in a decades-long string of military deals for FPI, also known as Unicor. Over the years, the company has supplied parts for F-15 and F-16 fighter jets, the Cobra attack helicopter, and the iconic Patriot interceptor system. (More about that in a second.)

But this deal is particularly odd, because FPI’s track record with protective equipment is, to put it generously, uneven. In May of last year, the Army recalled 44,000 FPI-made protective helmets after they failed ballistic testing. FPI then promptly got out of the helmet business.

That rather serious blemish on FPI’s record hasn’t stopped the Army from going back to the firm for $19,767,468’s worth of bulletproof “Outer Tactical Vests.” According to the Army’s contract announcement, the gear is supposed to be “for Pakistan” — presumably, for the Pakistani military. (Although a State Department told suppliers Wednesday that it wants 1,000 vests in Pakistan, too.)

The vest-making will be done at the federal correctional facility in Yazoo City, Mississippi — one of 70 prisons where inmates make anywhere from $0.23 to $1.15 per hour building everything from clothing to office furniture to solar panels to military electronics.