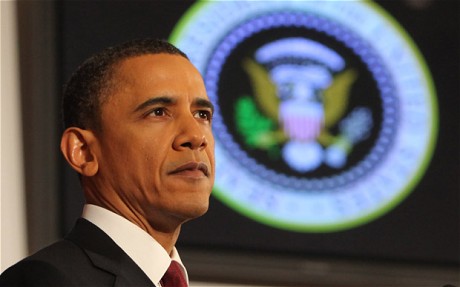 The Libya operation is an example of how the world “should work” with the United States at the centre of a broad international coalition, according to Barack Obama.

The US president expanded upon his explanation of his decision to launch an air assault on Col Muammar Gaddafi’s forces to protect civilians and set up a no-fly zone as he dedicated a new US mission to the United Nations in New York.

“That’s how the international community should work – more nations (with) the United States right there at the centre of it, but not alone, everybody stepping up, bearing their responsibilities,” Mr Obama said.

“That’s what it means to be (the) United Nations,” Mr Obama said, opening the new facility named after Ron Brown, former president Bill Clinton’s commerce secretary, who died in a plane crash in Croatia in 1996.

“We believe that the world is more secure and the interests of the United States are best advanced when we act collectively,” said Mr Obama.