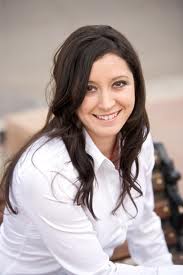 Thank you Mr. Woods, you inspired me to speak up.

In an effort to believe that I was the only one experiencing this vortex in the liberty movement – I have kept my mouth shut. But no more – after reading Mr. Woods ‘ article about his experience with Jesse Benton and Campaign for Liberty (C4L), I think it is important to speak out and speak the truth.

Campaign for Liberty has ignored my request for a survey and to be included in their survey (which I answered some time ago and sent to both the national and Colorado contacts). The Colorado director was an interim, and has changed again – they refuse to post my answers in a timely fashion up on their website so that people who are a part of this organization can see that I am a candidate who supports the Constitution. Why won’t they post my answers? Because they are supporting the Republican – the Republican even though the Republican does not speak up for Constitutional government. Campaign for Liberty is a front for the Republican machine.

Young Americans for Liberty (YAL) has ignored my request to be connected with other liberty-candidates in their organization. I don’t want their endorsement, I don’t want their money (they have a PAC) – all I have wanted is to be connected with other people (e.g. their membership that would theoretically support a young liberty candidate like myself), and their executive director, among others in the organization, just ignore me. I don’t exist. Stupid little girl, right? All of the people they support are Republican and men. Young Americans for Liberty (YAL) is a front for the Republican machine.

Several other people associated with the “liberty-movement” had urged me to run Republican (my race would have been over awhile ago) and then did not follow through with their commitments to work with me. They are a front for the Republican machine.

Strangely silent – the people you thought were leaders – the people who are Republican, the people who tell you over and over that to “win”, you have to infiltrate the machine. Let me tell you something – you don’t win by fixing a broken system – you build a new one.

My name is Tisha Casida, I am running ‘unaffiliated’ (also called Independent) for U.S. House Colorado District Three, and I am officially on the ballot. I am also the only candidate to sign the Voluntary U.S. House Term Limits Declaration. And my supporters know the difference between an independent voice and the Republican machine – won’t you join us?

If you believe in me and what I am doing – please donate to help us reach more people. EVERY BIT makes a difference – would you consider donating $25, $50, even $100 today?

I have had similar results with "non-partisan" liberty groups in my Libertarian run for US House D-9 in Michigan www.jimfulner.com Not that I really expected anything else.

Weekly Update --- Will Coronavirus End the Fed? by Ron Paul

Media Caught Faking Footage From Italy, As If It Were From New York