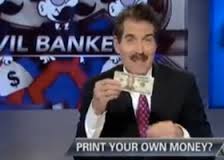 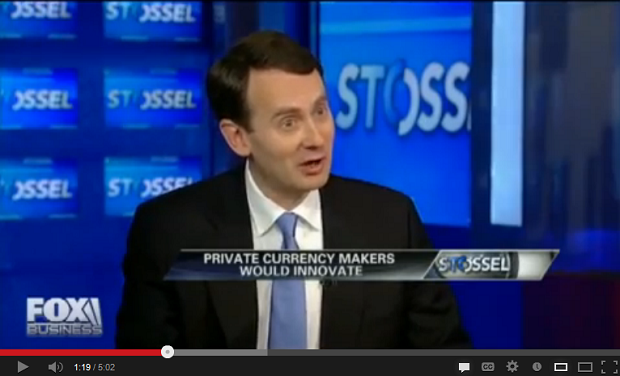 Free-Market Analysis: This is a fairly shocking video in the sense that the gentleman being interviewed is a former Fed official. He calls for a free-market gold and silver standard along with competing currencies – just what we've been suggesting.

What is just as interesting is the focus on the Fed as a central bank.

This is a big issue and one that will not go away. After a century of central banking the world is in a bad state and getting worse not better.

Human beings demand at least surface logic when it comes to social structures. Brute force can be used as well to implement a particular sociopolitical paradigm but force is an uneasy way to rule.

The globalist strategy has been to offer justifications for centralizing structures like the central bank price-fixing.

But in the era of the Internet Reformation these justifications are increasingly threadbare.

This is, in fact, one of the most significant developments in modern human history.

I wish this bogus government would stop screwing with things that are working. Not only the monitary system but, the healthcare system. If they want to make a change in something, change the way government abuses our taxes and allowing crooked government officials get away with murder. In addition, change the welfare system so that bums and drug users can't abuse the system.

Do you want to take the world? Let the world think that it is free. Then, at the right time, pounce.

Do you want to take the banking world? Let the banks think that they are free. Then, at the right time, pounce.

Do you want to take everything? Then let it all seem to be free. Then, at the right time, pounce.

Why QE Is Not Working

Despite QEternity & "Record" Bailout-Bill, The US Dollar Shortage Is Intensifying...

The Fed's Major Moves So Far & What You Need to Know