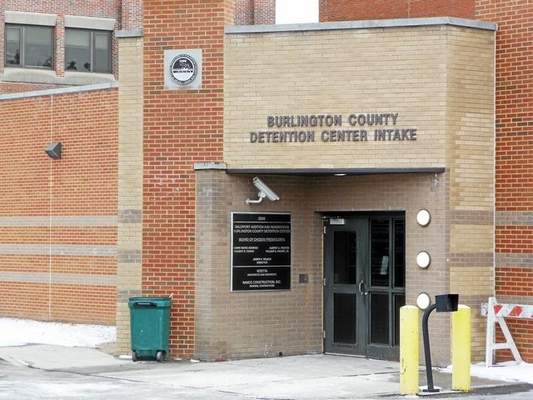 MOUNT HOLLY — In December, a 75-year-old man who was believed to be homeless died in Burlington County Jail while strapped in a “turtle suit” and lying in a pool of urine and feces, according to a supervisor inside the facility.

The man’s name was Robert Taylor. And according to this inside source with more than 10 years of employment at the jail, Taylor was a recurring inmate; he was also an alcoholic.

“I was there when Taylor came in,” the source said. “And he looked really bad. A couple of us told the medical staff that he needed to go to the hospital because he was detoxing.”

But according to the source, Taylor was not taken to the hospital because two officers were required to escort him there, which would have weakened the manpower inside the jail. Moreover, the source said, sending corrections officers to watch an inmate at the hospital costs more money. There is a clinic inside Burlington County Jail, the source said, but an officer is required to watch inmates in there as well.

“We try real hard not to put anyone in the clinic if we don’t have to because it takes a C.O. off the floor,” the source said.

So, Taylor was placed in segregation, where he laid on the floor for five days without ever eating a single bite of food or taking a single shower, according to two different sources who were there at various times.

The Trentonian obtained an email dated March 3 that was sent from Burlington County Prosecutor Robert D. Bernardi to Chair of the New Jersey Libertarian Party Jay Edgar. The email states that “this office” has “determined that no criminal wrongdoing occurred in the care of Mr. Taylor while he was incarcerated. The medical examiner determined that death was due to natural causes. Additionally, Mr. Turzanski was interviewed by detectives from our office as part of our investigation. This office considers this matter closed as it pertains to any potential criminal violations.”

The source said Taylor was stripped out of his clothes, strapped in an anti-suicide smock, which is sometimes called a “turtle suit,” and then placed on suicide watch in a single-person cell with no mattress or blanket.

At the time that Taylor was thrown into segregation, another inmate named Sean Turzanski was sleeping two cells away from him. And the sights and sounds that Turzanski describes are horrific.

Sorry. That drainage ditch listed below, was between Thomas and McDowell.

Years ago there was a big drainage ditch between 48th St. and 48th Pl. in East Phoenix. You won't find that ditch there now, because about 15 years ago, big concrete drain tiles were placed there - big enough to drive a couple of small cars through - and the place, above, was made into a park.

About the time of the construction, there was a homeless guy who walked the streets of the area - filthy, smelled really bad, couldn't talk, but was not entirely incapable of self-care. By the time the drainage ditch construction was complete... that homeless guy has never been seen again. I just wonder.

I think that if you check around, there are loads of times that police allow or assist people in their dying. And I don't mean in some kind of gunfight or execution. I mean in simple life situations with people who might be termed "undesirables."

My question is, are police acting under orders from their city council or other governmental agencies?