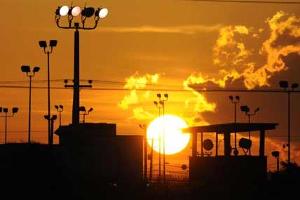 Army Col. James L. Pohl, the judge, issued an 11-page ruling Tuesday after a three-hour closed hearing May 29 at Guantanamo with defense and prosecution attorneys and another meeting a day later just with prosecutors.

In the order, according to three people who have read it, the judge retains the thrust of an April 14 discovery order requiring the U.S. government to give prosecutors, in classified fashion, precise details -- names, dates, nations -- of Saudi prisoner Abd al Rahim al Nashiri's four years of interrogation and detention in CIA custody.

Pohl's ruling was sent to lawyers at 3:30 p.m. Tuesday, sources said. Thursday, the war court website disclosed its existence, under seal for up to 15 days while intelligence agencies review it to black out secret information, with this lengthy notation: