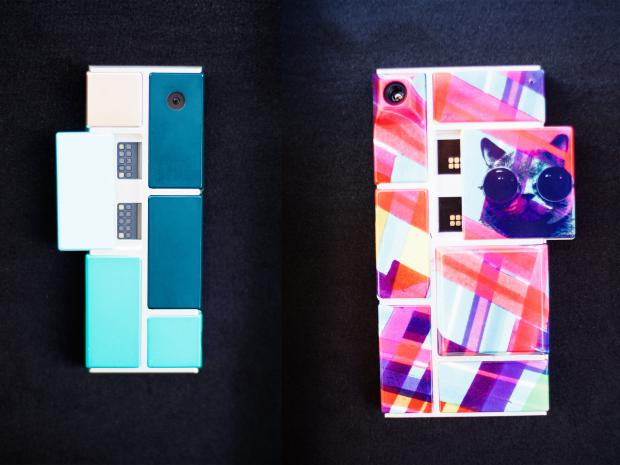 Newburg is sitting in a corner conference room in Google's Mountain View headquarters, fresh off an airplane, with me at his side, and a photographer standing over his shoulder firing through pictures of this brand new phone: a prototype that's unlike anything anyone has ever seen before. This is a future-of-Google phone. Hell, it's a future of all phones phone. If things go well.

But so far they haven't gone that well, at least not publicly. Newburg is trying to boot up a Project Ara prototype. Project Ara is Google's dramatically boxy modular cell phone, and this is the final version of its Spiral 1 prototype. It's a revolutionary concept: Phones should be made entirely of components that their owners can swap out. Not only will that give them a much longer life—you'll be able to upgrade just your camera, say, or only the processor—but it also will accelerate development. You'll get cheaper phones, better phones, more environmentally friendly phones. It's a trifecta. So Ara has generated intense interest.

But it's also fallen on its face a couple of times. The last two times Newburg, the project's principal engineer, tried to boot up the phone in public were, well, bummers. In the first outing it had a broken display (which led people to make the obvious joke that one makes about a modular phone designed around swappable components but that can't boot because the display is broken).