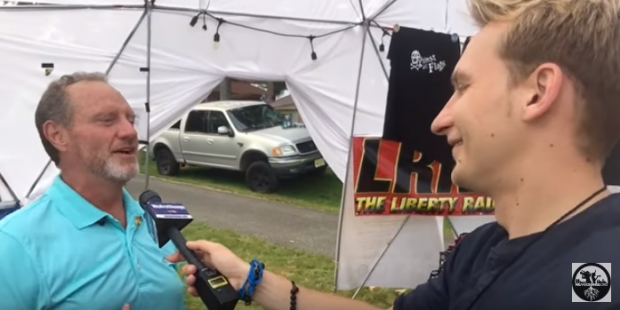 He talks with Ernie Hancock of Freedoms Phoenix. Ernie is an activist for all things technological and freedom oriented. Ernie discusses his objectives and what he loves to do. Geodesic domes, does aquaponics, raises chickens, advocates for encrypted communications, and decentralization are some of his interests.

Ernie says "There has to be a better way to promote the decentralization of everything." He has created a website called "pirateswithoutborders.com" where he discusses various topics that people who want to decentralize their lives will find useful.

He says, "We are going to go ahead and create our own community using technology to free ourselves."

One of his approaches is an actual "ship" that would encompass all of these ideas is ships that exist independent of government. He's working with others- contemplating the design and eventual construction of an actual ship utilizing the latest technology.