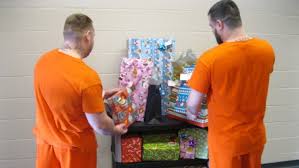 The hefty $12 million "will offer a slew of free gifts…to incentivize accused criminals to show up for their court dates."

Free gifts for the criminals who actually obey a single law will include "cell phones, tickets to movies, Mets games, and the Intrepid Sea, Air & Space Museum in Manhattan, as well as an array of gift cards to restaurant chains and superstores, including Target, McDonald's, Dunkin' Donuts, and Applebee's."

The fun begins January 1st, when the city's new criminal justice reforms go into effect which will also include the elimination of cash bail for most misdemeanors and non-violent felonies. Fun fact, the bail reform program was included in a budget Governor Cuomo signed in the spring, although Cuomo claims "he was unaware of the incentive program for freed suspects" reports National Review.

De Blasio's brilliant defense of the ridiculous measure was "I think people should ask a real basic question: 'What's going to get trials to happen on a regular basis, speedily?' What's going to help us mete out justice the way it's supposed to be done?" De Blasio also argued that the perks program "has been worked on by experts over time and proven to work, proven to be a good investment."