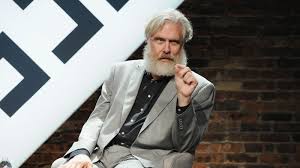 Harvard biologist George Church already had to apologize for palling around with Jeffrey Epstein even after the financier pleaded to guilty to preying on minors a decade ago. Now he's raising eyebrows again—with plans for a genetics-based dating app.

In an interview with 60 Minutes, Church said his technology would pair people based on the propensity of their genes, when combined in children, to eliminate hereditary diseases.

"That sounds like eugenics," Fordham adjunct ethics professor and science journalist Elizabeth Yuko, who studies bioethics, told The Daily Beast on Monday. (The tech and science news site Gizmodo called Church's idea "an app only a eugenicist could love.")

Yuko compared the app, as described, to the Nazi goal of cultivating a master race: "I thought we realized after World War II that we weren't going to be doing that," she said.

Church was part of the coterie of scientists with whom Epstein ingratiated himself via large donations, and Epstein helped bankroll his lab from 2005 to 2007. Church has admitted he repeatedly met and spoke with Epstein for years after the 2008 plea deal that landed him on the sex-offender registry.