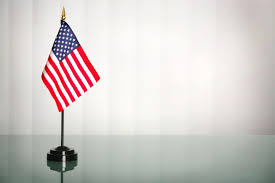 That conversion has played a major role in the destruction of our liberty, privacy, and economic well-being.

What is a national-security state? It is a totalitarian-like governmental structure that consists of an enormous military-intelligence establishment with extraordinary powers, such as indefinite detention, torture, secret surveillance, and even assassination of both citizens and foreigners.

To put the matter into a larger context, North Korea is a national-security state. So are Egypt, China, Cuba, and Russia. And the United States. All of the regimes in those countries wield totalitarian-like powers.

It wasn't always that way in the United States. Our nation was founded as a limited-government republic and remained that way for nearly 150 years. No Pentagon, no CIA, and no NSA. There was an army but it was relatively small — big enough to win battles against Indian tribes or a neighboring weak and impoverished country such as Mexico, but nowhere big enough to engage in wars around the world.

"On the basis of that assurance but still leery, the American people approved the deal, but only on the condition that the Constitution would be amended immediately after being approved." That statement is nonsense. The "American" people approved of nothing. It was jammed down their throats from day one. Be leery of someone who tells you what people 240 years ago were thinking.