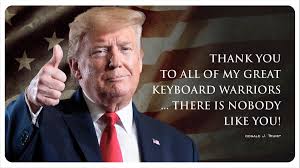 This was a crucial revelation because the thousand ships of Russiagate launched upon the positive assertion that CrowdStrike had definitely proven a Russian hack.

This sworn admission has been hidden from the public for over two years, and subsequent commentary has focused on that singular outrage.

The next deductive step, though, leads to an equally crucial point: Circumstantial evidence of Russian hacking is itself flimsy and collapses when not propped up by a claim of conclusive forensic testing.

On March 19, 2016, Hillary Clinton's campaign chairman, John Podesta, surrendered his emails to an unknown entity in a "spear phishing" scam. This has been called a "hack," but it was not.  Instead, it is was the sort of flim-flam hustle that happens to gullible dupes on the internet.

"Don't Let Them Vaccinate You": Farrakhan Warns Africans That Dr. Fauci Is Trying To K