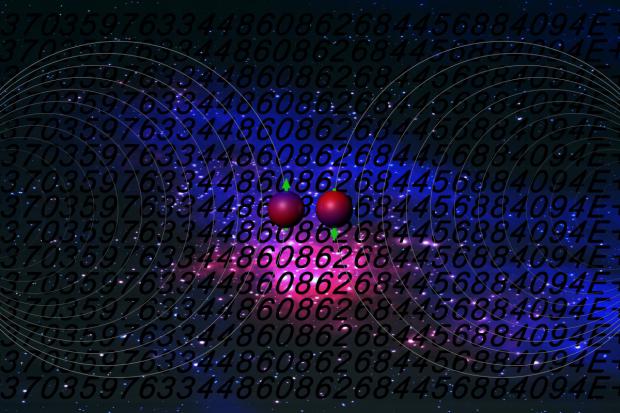 Two very interesting words – quantum and teleportation. Quantum has been used loosely recently, even though we are just beginning to comprehend the main aspects of quantum physics. Even Albert Einstein did not agree with a lot of the theories regarding this physics, but quantum is not anymore the future, it is here. However, don't think teleportation is like the device used in Star Trek, we aren't there yet.

Recently, a group of physicists have for the first time demonstrated quantum teleportation between 2 computer chips. To further understand this you have to appreciate one of the properties of quantum physics – entanglement. Quantum entanglement is a physical phenomenon that happens when a group of particles is generated, interacts, or shares spatial proximity, such that the quantum state of each particle of the group can't be described independently of the state of the others.

Having said that, the University of Bristol scientists, together with the Technical University of Denmark, have successfully developed chip-scale devices that can generate and manipulate single particles of light with programmable nano-scale circuits. Simply said, quantum teleportation allows quantum state transfer of a quantum particle from one place to another via entanglement. But this entangled communication was by no means easy and simple.

Bristol co-author Dan Llewellyn said, "We were able to demonstrate a high-quality entanglement link across two chips in the lab, where photons on either chip share a single quantum state." He adds, " Each chip was then fully programmed to perform a range of demonstrations which utilize the entanglement…the flagship demonstration was a two-chip teleportation experiment, whereby the individual quantum state of a particle is transmitted across the two chips after a quantum measurement is performed. This measurement utilizes the strange behavior of quantum physics, which simultaneously collapses the entanglement link and transfers the particle state to another particle already on the receiver chip."