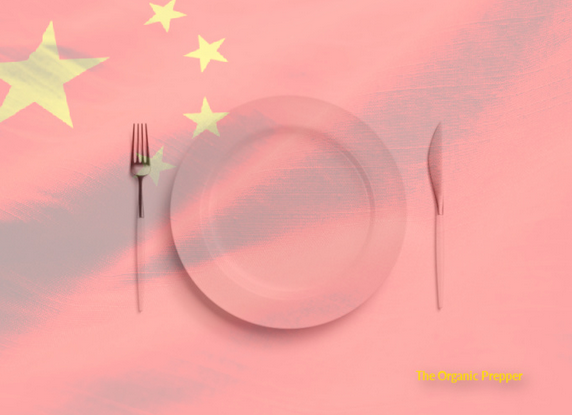 A worldwide fit of hysteria over COVID, resulting in the shutdown of the world's economy, interruption of the supply chain, and the destruction of food products, as well as international trade wars and natural disasters, are going to collide with one another and make this winter one of the toughest on record.

But while many have dismissed my claims, I'd like to draw your attention to the fact that China is now publicly acknowledging a coming food shortage. (And as noted in this article, when they admit there's a problem, it's a BIG problem. ) In fact, China even has an anti-food-wasting campaign going on across the country right this minute encouraging people to eat half portions or at least make sure to finish their plates.

On the surface, China's campaign to encourage mealtime thrift has been a cheerful affair, with soldiers, factory workers and schoolchildren shown polishing their plates clean of food.

But behind the drive is a harsh reality. China does not have enough fresh food to go around — and neither does much of the world.

The pandemic and extreme weather have disrupted agricultural supply chains, leaving food prices sharply higher in countries as diverse as Yemen, Sudan, Mexico and South Korea. The United Nations warned in June that the world is on the brink of its worst food crisis in 50 years.

"It's scary and it's overwhelming," Arif Husain, chief economist of the United Nations World Food Program, said in an interview. "I don't think we have seen anything like this ever."